I kept the boat in Havre de Grace this year longer than I have before.  The state opened up fishing on the flats on May 16 again with a one fish slot limit. I was hoping to get another week in of fishing since water temps remained in the mid 60's, but was limited to just 3 more trips due to the heavy rain Friday.  The Conowingo dam opened 9 flood gates and put a quick end to what was some great light tackle fishing over the weekend. 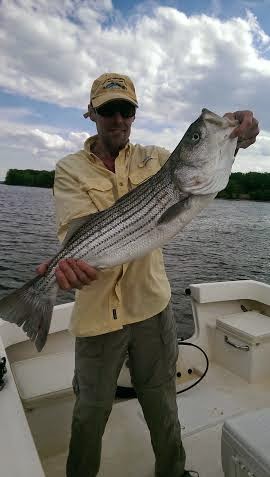 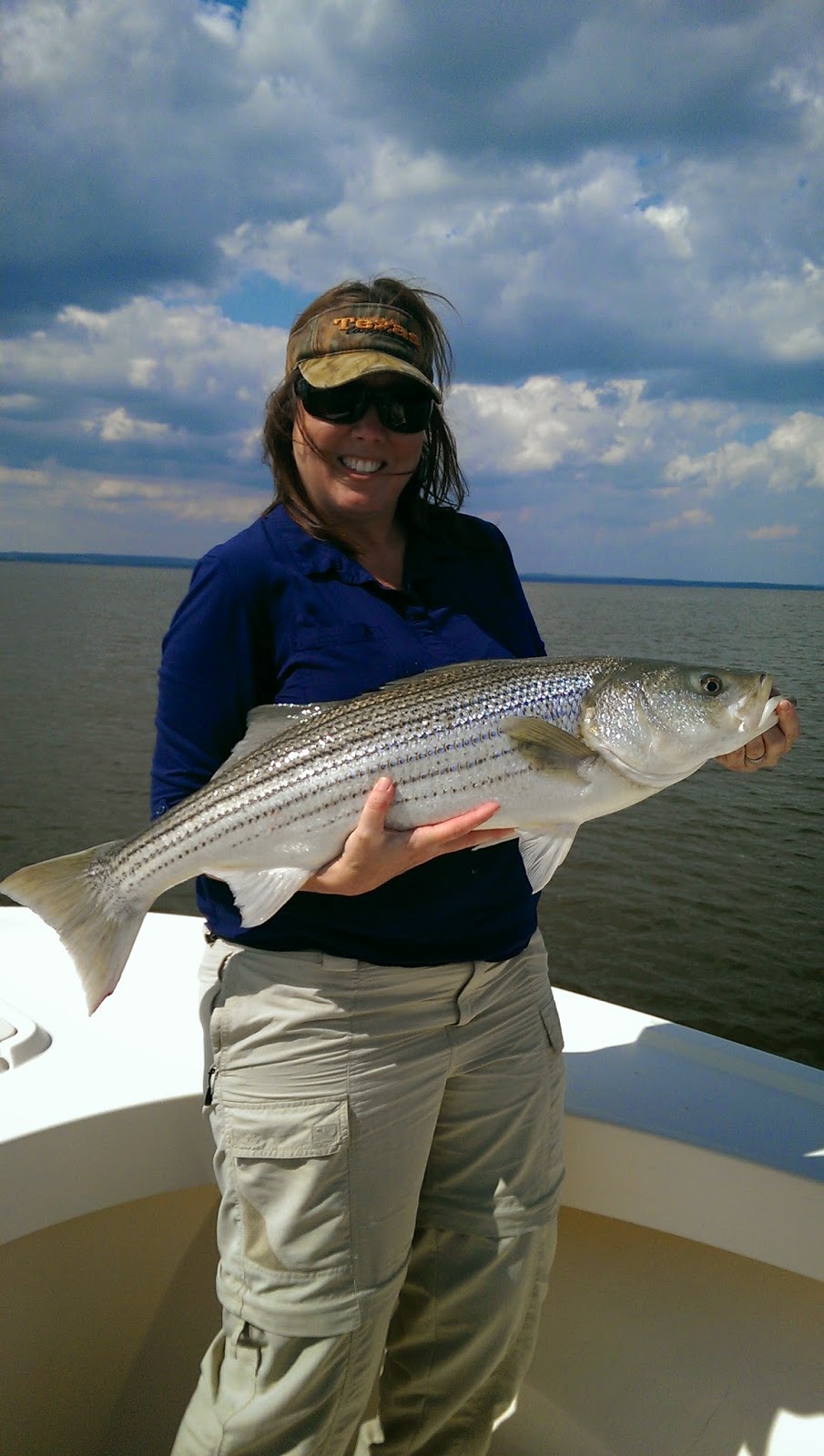 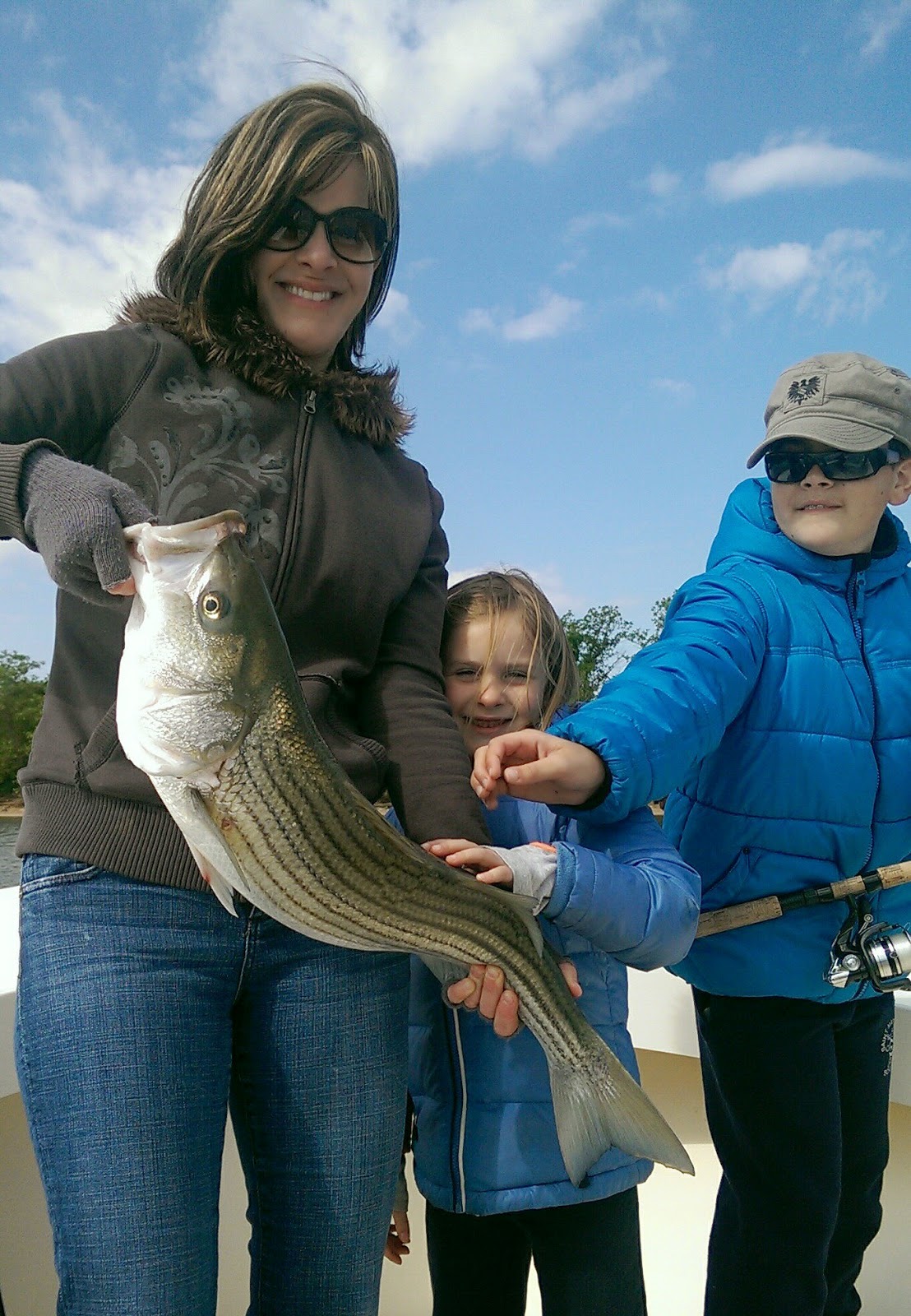 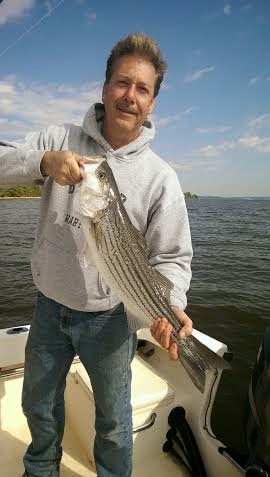 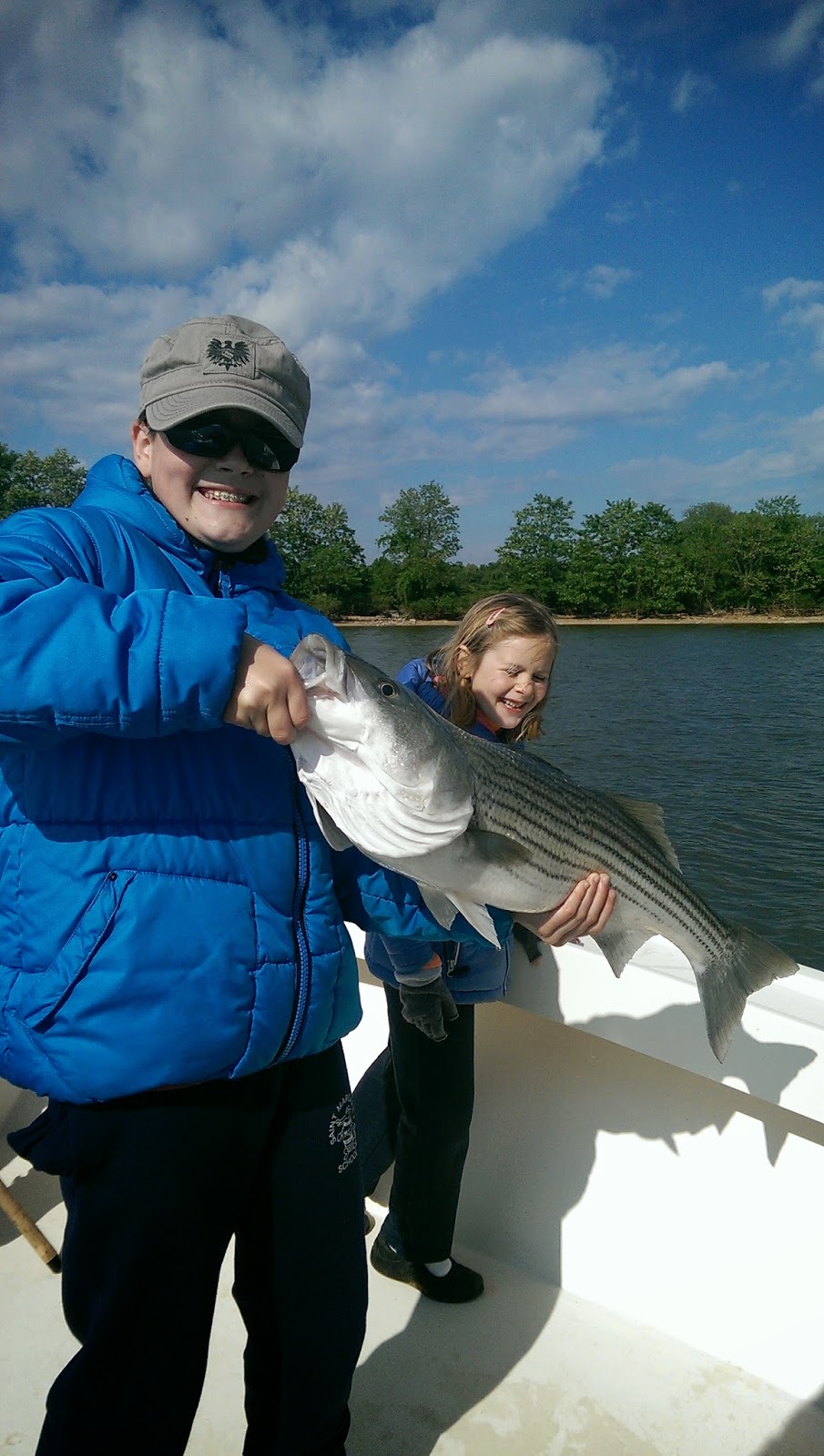 We caught a bunch of nice fish Friday and Saturday fishing poppers and swimming plugs on light spinning tackle. I was really hoping to get a few more days of fishing in as there were plenty of fish around. I am taking the boat south tomorrow to fish a few trips on eastern bay, before heading to Crisfield, MD for a few weeks of fishing for speckled trout, redfish, and rockfish.  I will have the boat in the Ocean City area all Summer long fishing inshore trips if you are up for fishing.  Jeff
Posted by jeff at 7:29 AM No comments:

Fishing on the Gunpowder has been interesting all Spring.  The weather has put a damper on things several times this Spring as heavy rains have pushed stream flows to extremely high levels. Average stream flows are typically 70 to 90 cfs throughout the year,  yet recent weeks have seen flows jump to as high as 1700cfs.  Luckily flows have receded in the last week and we are now fishing about 200 cfs.  This flow is still high but very fishable. 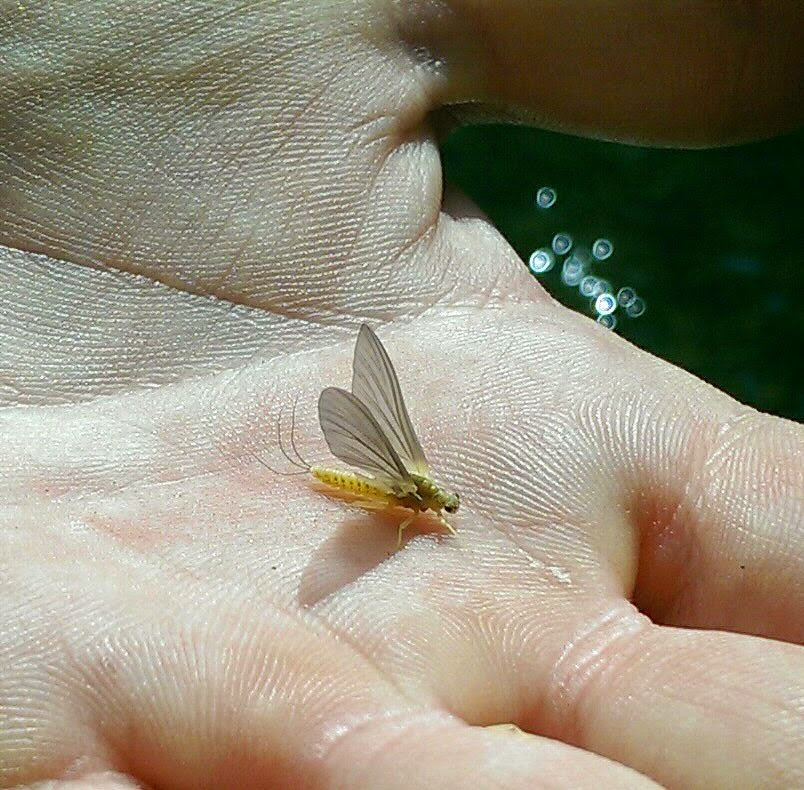 This week brought the first of a good sulfur Mayfly hatch, maybe a week or so ahead of usual. The hatch was limited to different areas of the river, the riffle water fishing best with swung wet flies and well fished dries.  Partridge and orange wets in size 16 were a sure bet fished as a dropper pair with light weight.  CDC duns with lightly dubbed or quill bodies in size 14 or 16 took fish on top.  The bugs start hatching around 2:30, action last through the evening though the spinner falls have been after dark.  Keep you posted. Jeff 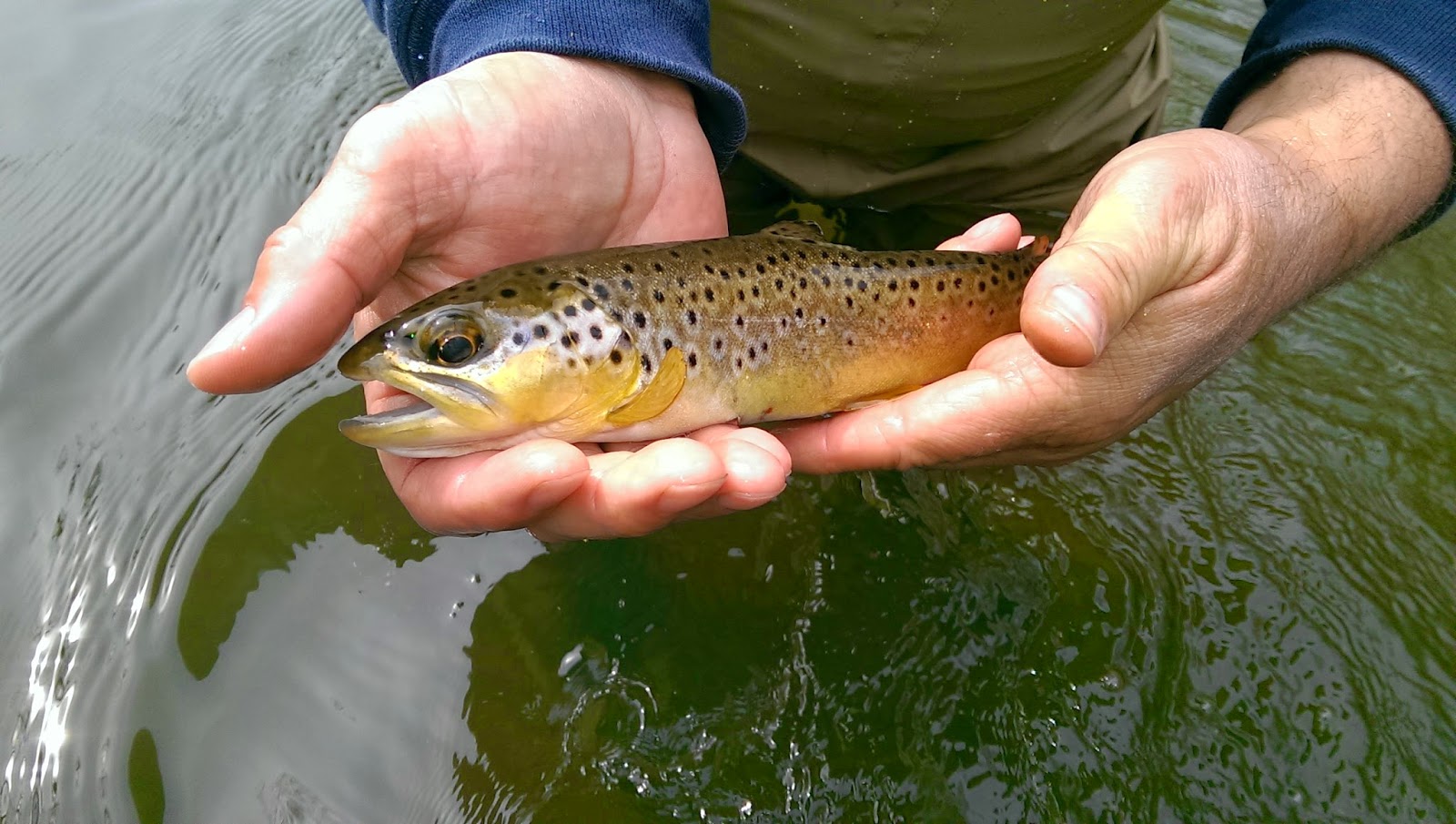 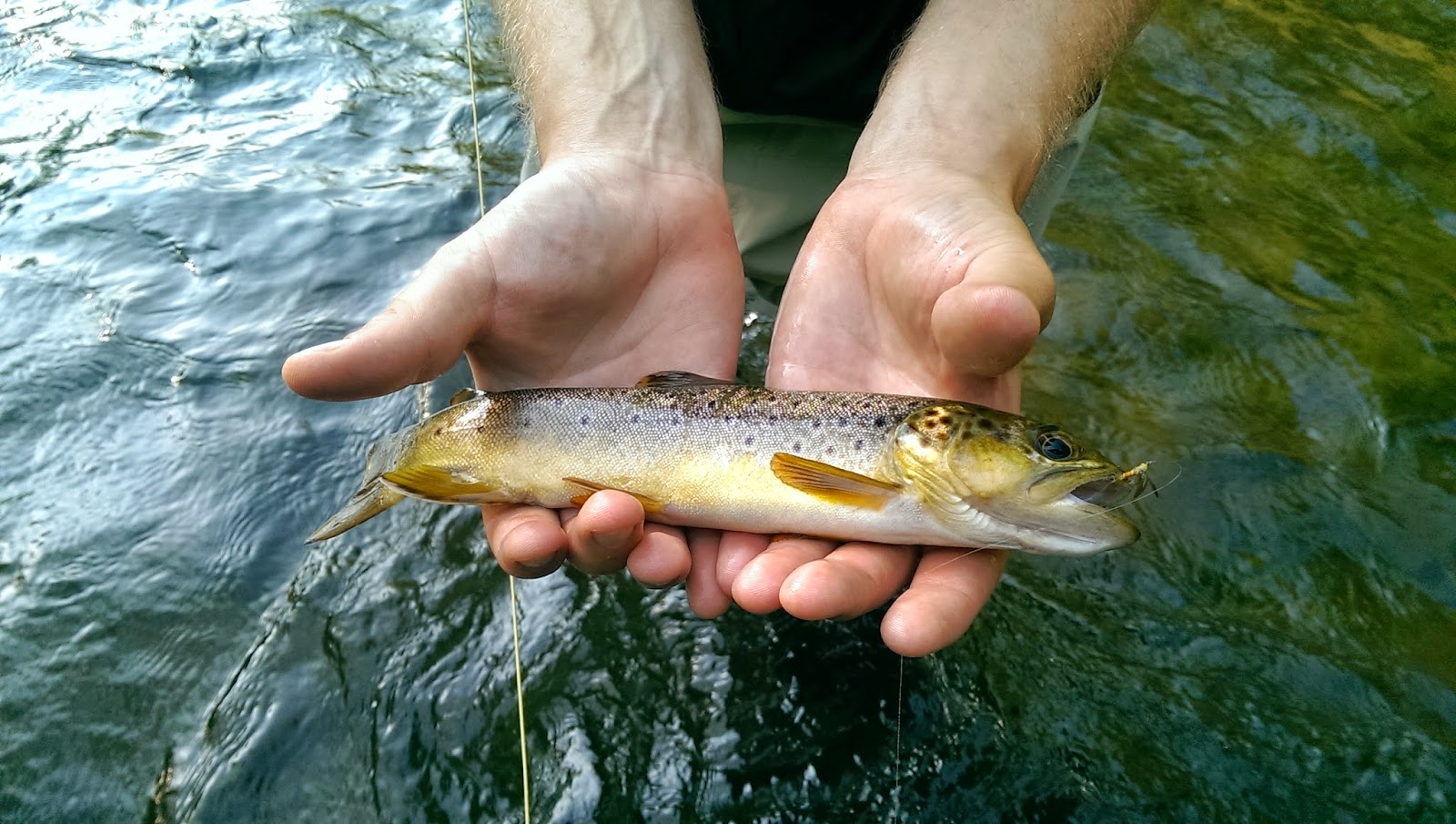 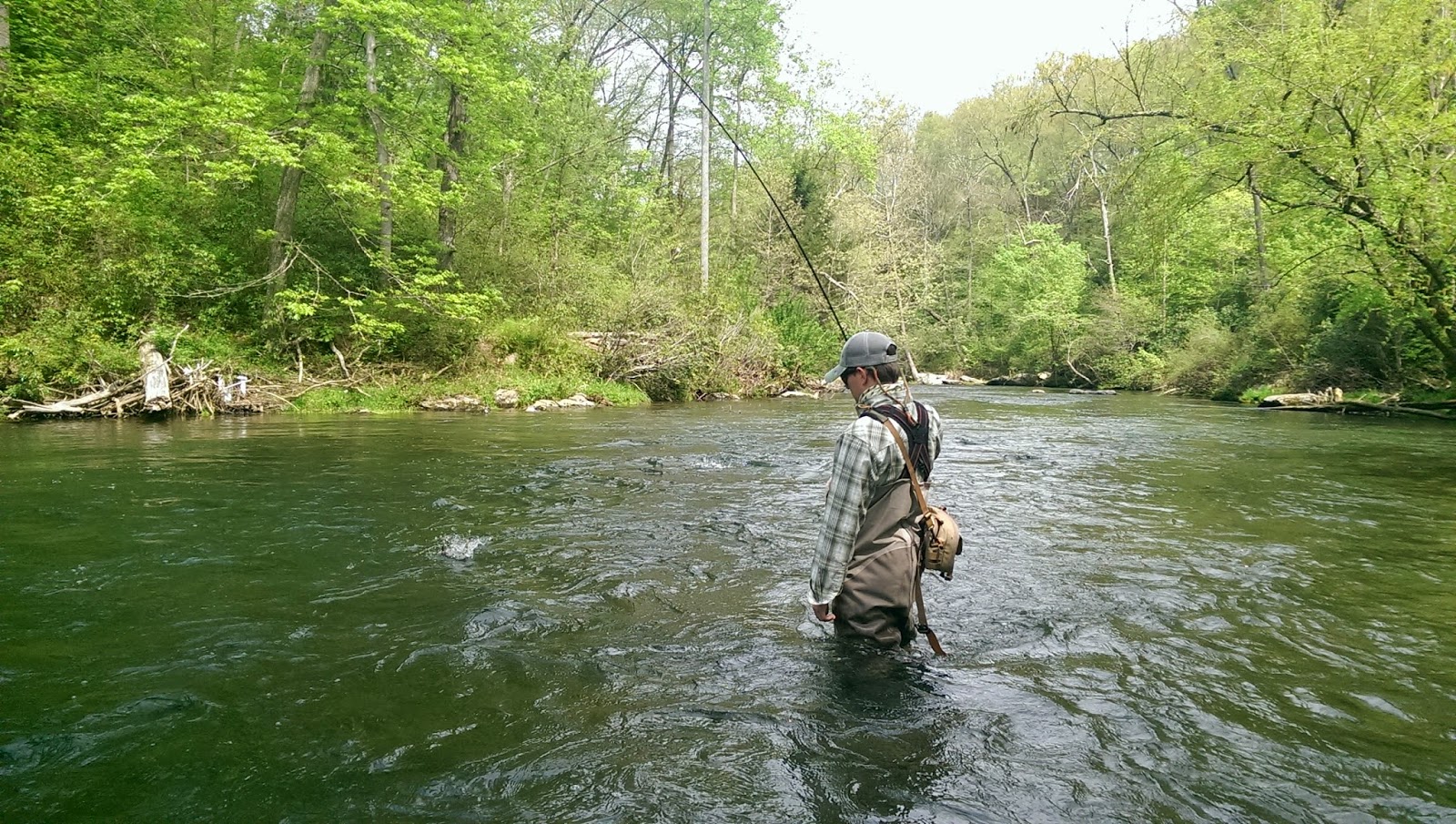 Well, as many of you know this Spring's catch and release season on the Susquehanna Flats never developed into much.  The conditions were poor most of April due to high turbid water flows and relentless wind.  This did not allow for fishing much of the month. 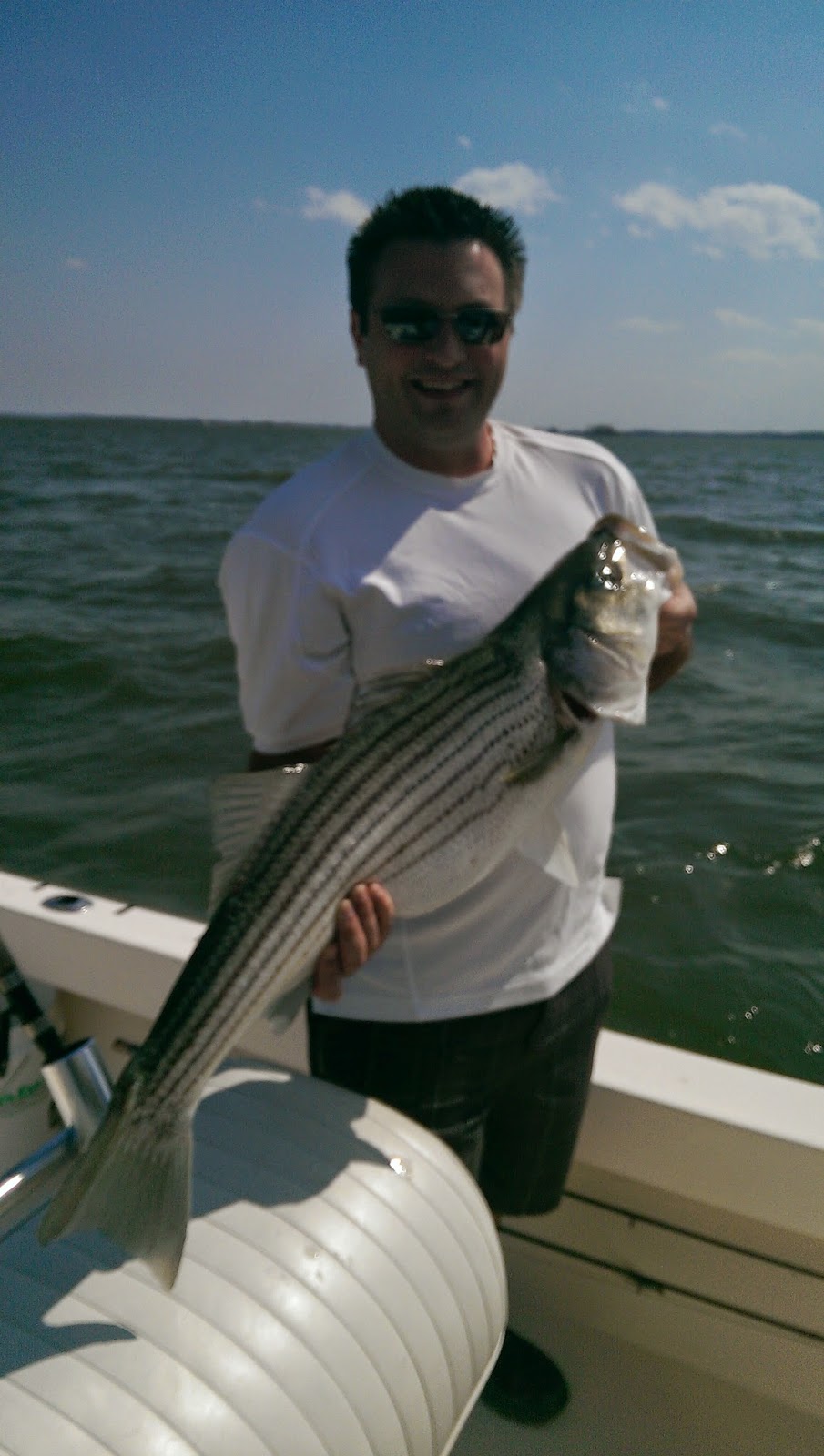 There were a few highlights from the month as we had a gap of about 5 days or so when we had some clean water and could get some fishing in.  We did land some nice fish to just shy of 40" while casting mostly light spinning tackle.  The fish we landed took a variety of lures form jigs to jerkbaits and a few on spoons.  The action was short lived as heavy rains washed out the upper bay and local stream early this week.  And that was pretty much that. 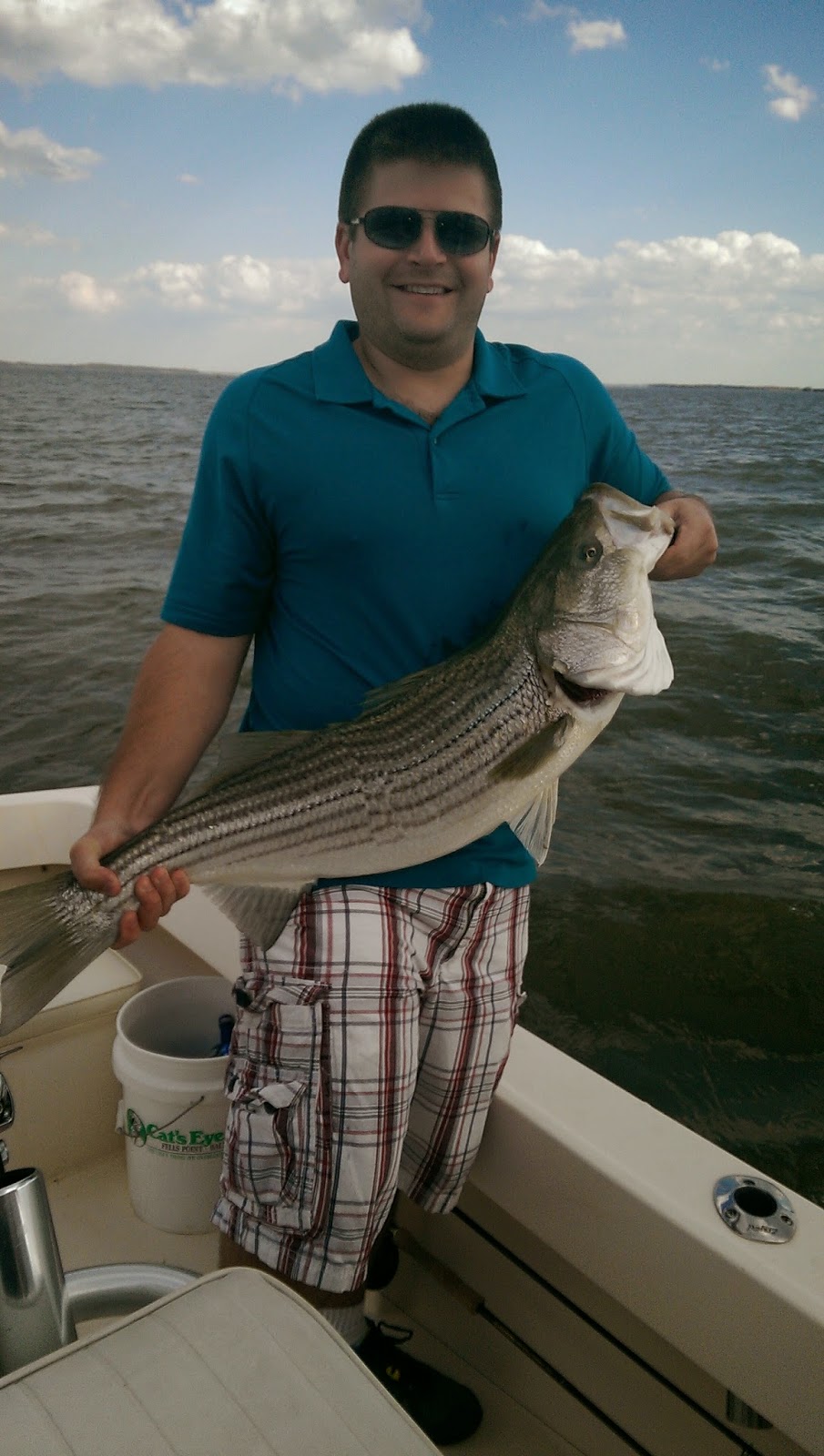 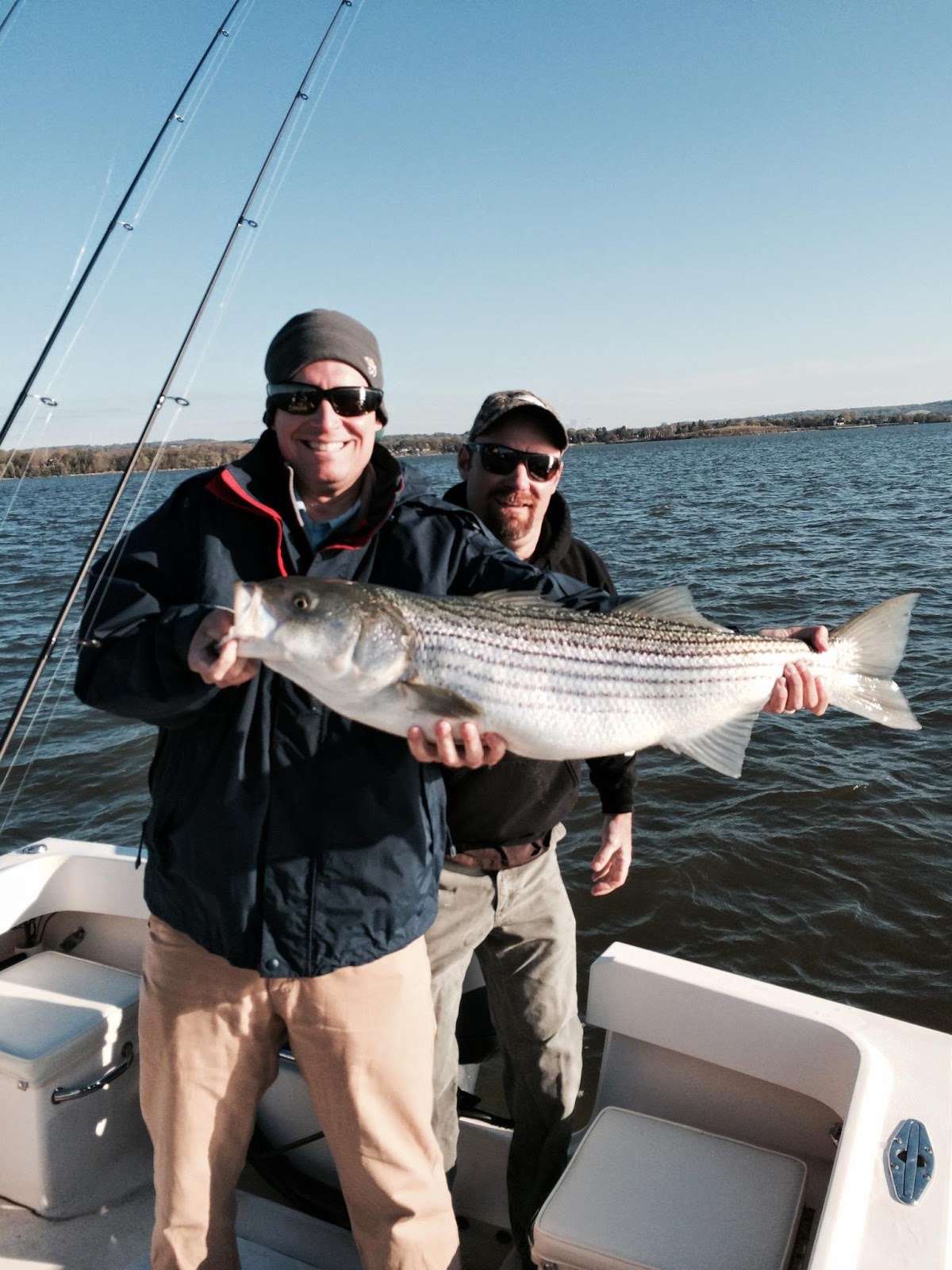 There may be a chance at some fishing on the flats after the May 16 opener for catch and keep fishing. Water temps are still much lower than an average Spring, and there may be some decent fish that stick around. 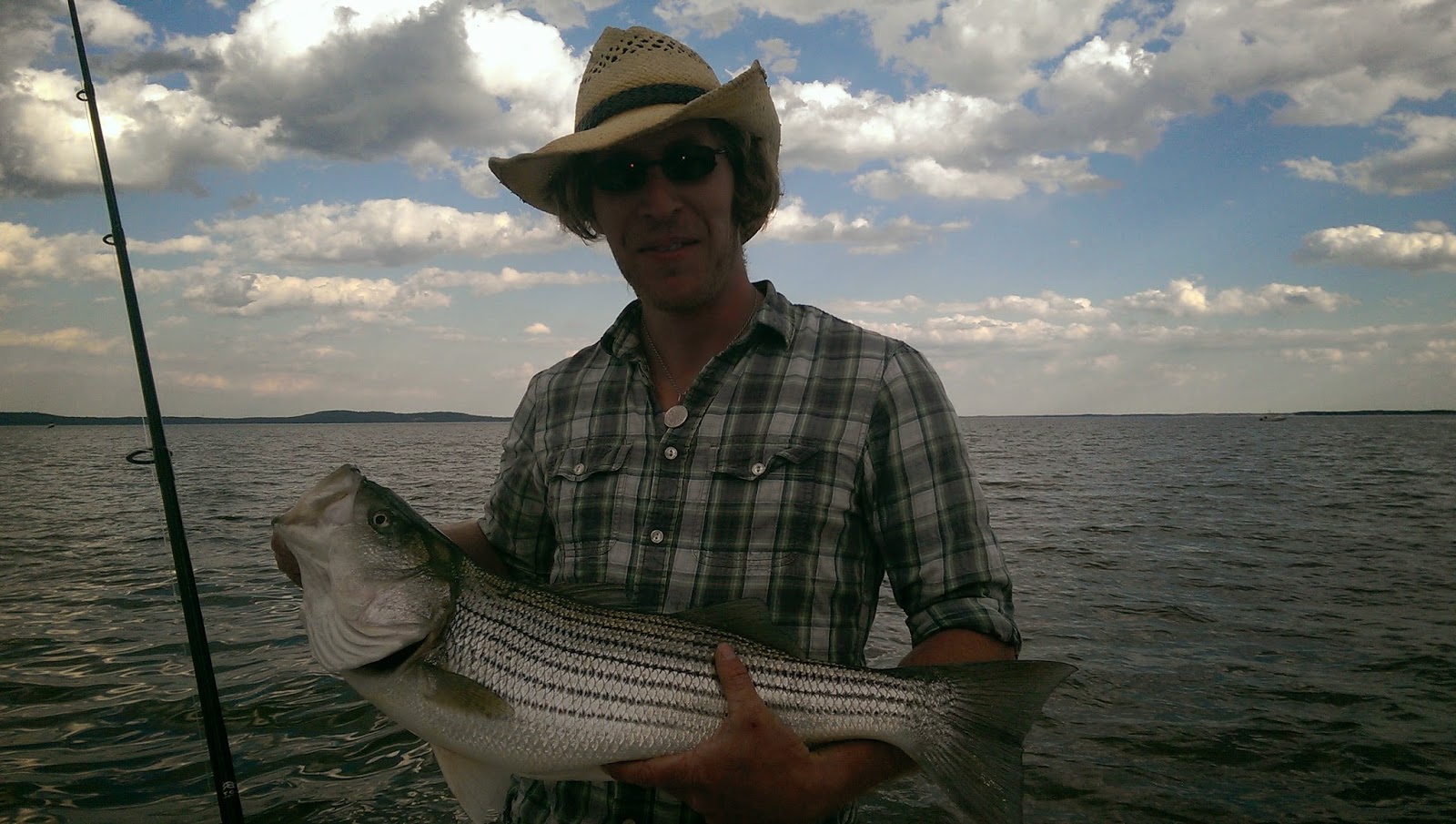 I am going to keep the boat in the Havre de Grace area through mid-May to see how the fishing progresses.  I will then begin my annual trip south on the Bay and on to the Maryland coast.  We will be fishing for stripers ot of Kent Island, Speckled trout and Redfish out of Crisfield, MD and will fish most of the summer form Ocean City, MD.
Posted by jeff at 8:54 AM No comments: