This month has provided some great striper fishing here on the Maryland coast. The past week or so we have had great fishing both on the fly rods and light spinning gear. The fish are on the migratory path south towards their wintering grounds off of the Carolinas and Virginia, and take advantage of the abundant baitfish along the way.

I have yet to make it south of Ocean City , Maryland as the fishing here has been awesome. We had some great days fly fishing over hungry fish, where the staple half and half flies took loads of good fish. 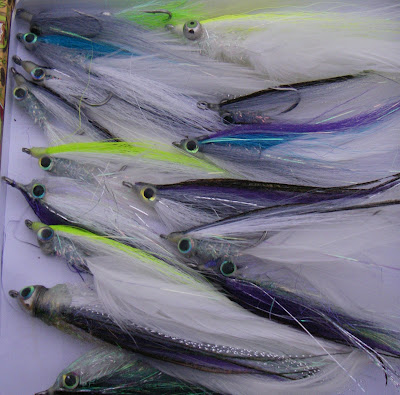 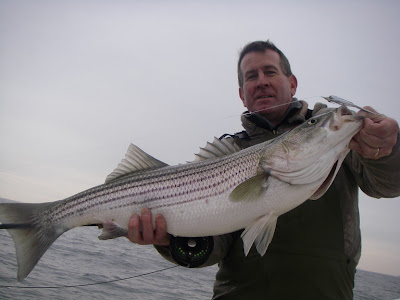 Scott Burns (above)tied up this good bunch of flies and used them to catch a few sweet stripers.  The crew below including Robert Bacon, his dad Bob and buddie Will had a banner day catching some beautiful stripers and bluefish on both fly and spinning tackle.  Many of the fish fell for topwater plugs, and the takes were wicked. 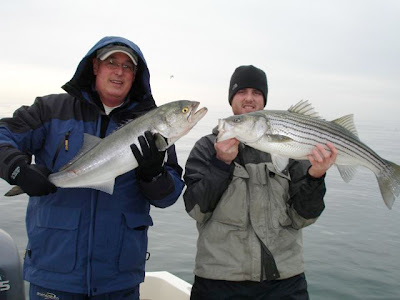 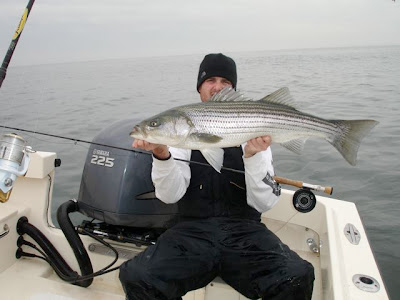 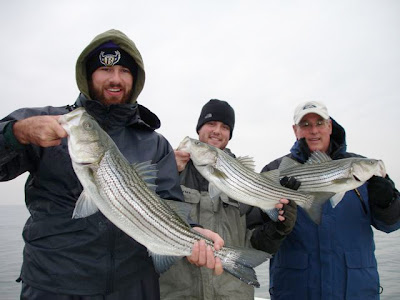 Tom Kane and his buddie Chris braved the cold earlier in the week and caught some great fish on the fly after having to shovel 2 inches of snow and ice off of the boat before leaving the dock. 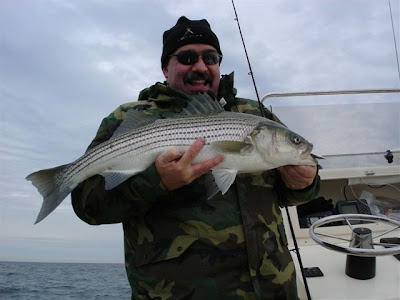 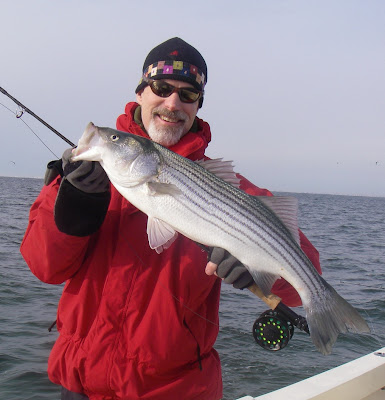 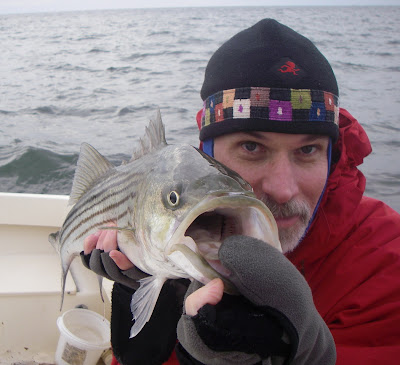 I think Tom might have got the Christmas card photo for the year with this shot.  Good job fellas.  I think this is gonna just about do it for this years striper fishing for me .  We’ll get going again on the Susquehanna Flats in March /April.  Might do a few power plant trips over the winter if I get real bad cabin fever.

Happy Holidays to everyone.  I have Gift Certificates available for the fisherman in the family.
Posted by Chris B. at 12:01 PM No comments: