Inshore fishing in Ocean City the last few days has been a mixed bag.  We have been targeting fish with a variety of techniques from fly fishing to live bait, and everything in between. 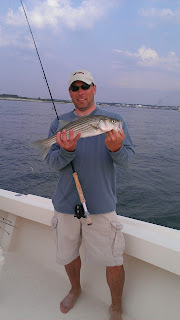 Early morning incoming tides earlier in the week made for some decent fly fishing for stripers around the jetties.  We caught fish on deep lines and on poppers, most 18 to 26 inches.  Some larger fish were being caught by anglers targeting them using live spot.  The fishing slowed quickly on the outgoing tide, and as the high sun and warm temps took hold.  We have limited most of our striper fishing to very early or late.

Flounder fishing in the back bays has been tough, though we had some great fishing last week in and around the inlet.  Some of our better spots in the back bays have failed to produce fish consistently.  Anglers fishing deeper water on the drift with live spot are managing a few keeper size fish here and there. 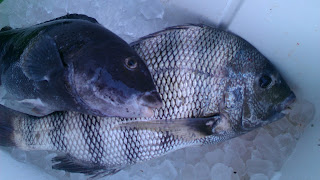 We had some decent tautog fishing this week in around the jetties whaich helped fill the flounder void.  We have been catching alot of fish with a few keepers each day to 18 inch.  also caught our first sheepshead for the year, about a 6 lber.  Most of our fish caught on sand fleas.
Posted by jeff at 8:32 AM No comments:

Ran into some great flounder fishing in Ocean City, MD over the weekend.  On trips Saturday and Sunday we landed several good numbers of flounder while fishing jigs around the OC Inlet.  We had several fish in the 4 to 5 lb range that were 24 inches long.  Alot of good fish 18 to 20 inches too.  The fishing was best on the incoming tide and in areas of clean water. 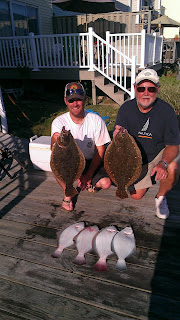 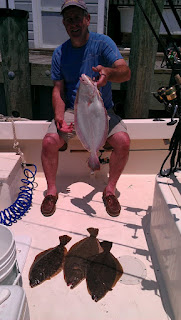 Water temps were 70 to 72 degrees in some areas of the back bays, and it seems like better numbers of flounder have begun to move into the bays also.  Some nice fish were caught on live spot while drifting the deeper channels and  thorofares.

There were stilll decnt numbers of rockfish around the jetties and bridges. The tide waas not in our favor the last few mornings, but we managed to ctach some fish while throwing topwater plugs and  other hard baits.  Conditions  made any fly rodding tough this week, hard breeze and swell  made getting where we needed difficult. 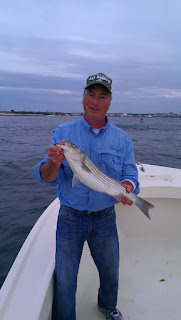 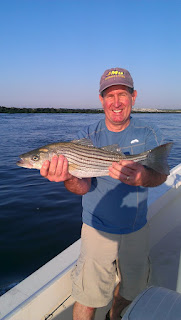 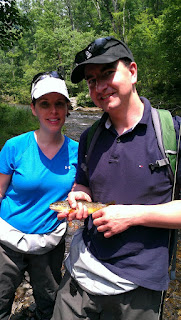 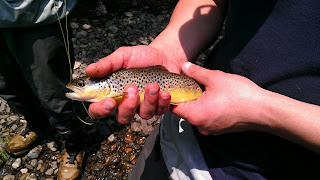 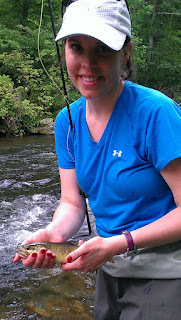 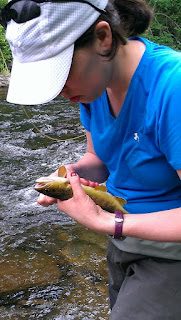 Fished the GP for the second time this week. Have tried to fish the afternoon, evening hours in hopes of catching what remains of the sulfur hatch.  Weekend flows on the river were over 900 cfs for Saturday due to rains and spillover at the Prettyboy Reservoir Dam.  Spillover is not a good thing this time of year as stream water temps increase drastically.  Temps on Saturday went form 52 degrees to almost 70 degrees, before starting to falll again Sunday.   The trout were obviously shaken by the abrupt change, and our fishing success on Monday was poor.  We landed one brown about a foot long, but had very few actively rising or feeding fish.  Flows were about 200. 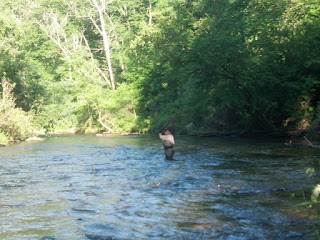 Yesterday afternoon was a big change thankfully.  We began fishing at 1 pm and upon arriving on the stream saw numerous risers and some sulfur mayflies hatching. Though not a blanket hatch by any means, there were plenty of bugs to get the fish moving. 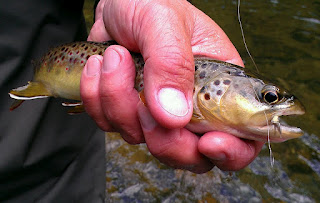 We took several browns on a dry CDC sulfur pattern in size 14 , and missed a bunch more.  Most of the fish we saw rising would at least give our fly a look. We also had some takes on a loop winged  CDC emerger.  Water temps were back in the low 50s and it looks like things might get back to normal.  Trying the evening tonight with hopes of catching the spinner fall. 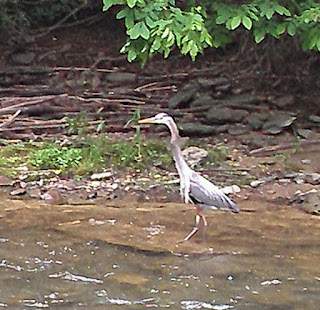 Had some company on stream today as some blue herons stealthily hunted the riffles.  They were obviously not practicing catch and release.  Watched one pick off a trout in a foot deep portion of creek with little effort. 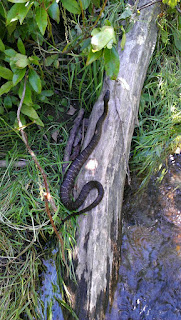 Ran across this water snake on the bank too.  Looked like he was fat from a recent meal , maybe a trout.  I sometimes see these snakes tumbling downstream during summer months with trout in their mouths.  Always amazed that they can somehow catch them. Keep you posted on the fishing.  Jeff
Posted by jeff at 5:47 AM No comments: 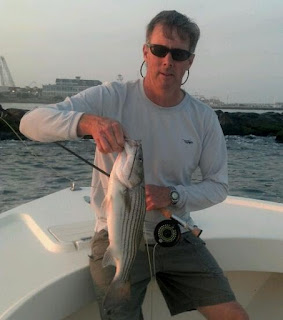 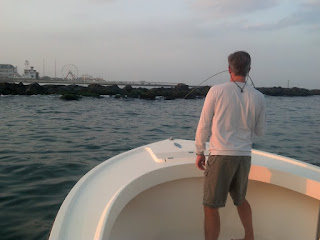