The catch and release fishing season on the Susquehanna Flats comes to a close today.  The week long season extension was well worth it as we saw some really good fishing early in the week.  We had a good fly rod bite over the weekend catching some teenage size fish on the east end of flats.  Gray/white and Chartreuse /white half and halfs worked good fished on sinking lines in 7 to 10 feet of water. We caught a good number of teenage size fish to 26 inches with an occasional big fish bite.

A great topwater bite turned on Monday on top of the flats, and we had some of the best fishing of the season early in the week.  We caught some beautiful stripers fishing fly rod poppers and big plugs on the spinning rods.  We landed numerous fish in the 20 to 30 lb range and several over 30 our best weighing in at 34 lbs. Of course there are always those that got away,  and I watched a few truly huge fish manage to shake the hook this week. 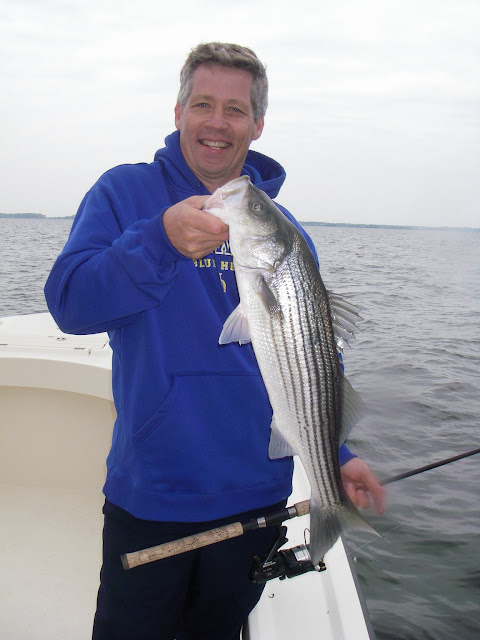 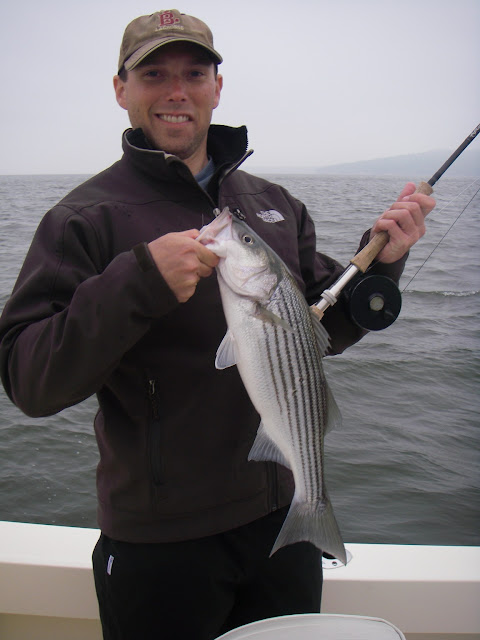 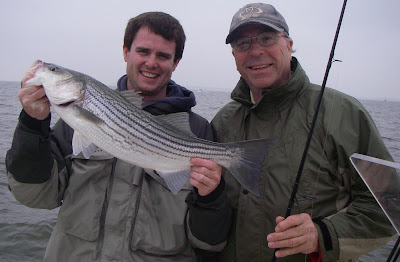 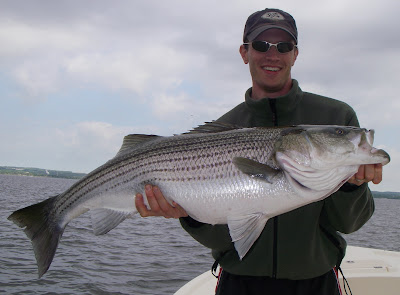 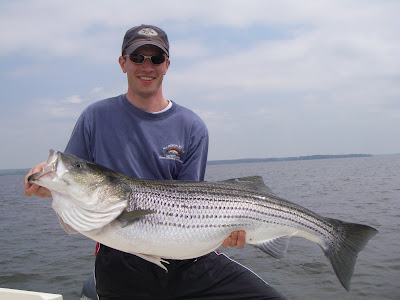 The Susquehanna Flats is an unpredicatable fishery by nature, one day you burn them,  the next you struggle for a bite.  Water conditions and varying early Spring weather always makes the fishing an adventure.  For those of you who have caught it at it’s best the reward of a 30lb+ striper exploding on a topwater fly or lure in 3 feet of water is a reward worth fishing for.

Thanks to everyone who gave it a shot this Spring.  Look forward to seeing you again next year. 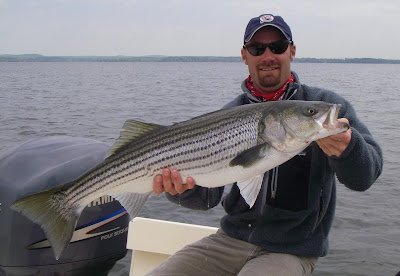